The following album is now being promoted on our ambient and chill out music internet radio station here on Party Vibe radio.

As always send us your music promos and jingles for free radio airtime.

—
How to breathe through a Seagull 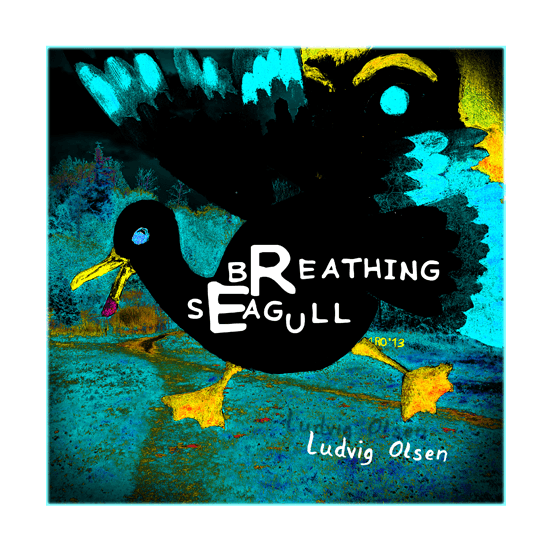 The Danish multi artist and blogger Ludvig Olsen releases his debut album Breathing Seagull on the 10th of May.

The concept is a mix of ambient drone soundscape music, minimalism and storytelling. The story is about a Seagull that goes to war. In the heat of a great attack a lot of its Seagull friends lose their lives and the Seagull must flee.

The music is mainly made from 2 seconds of Seagull scream that was recorded while observing two Seagulls fighting over a branch. This raised the question: What if you could breathe through a Seagull?

For each track on the album there is a written chapter of the story.

Ludvig Olsen lives in a great white castle in Jutland, Denmark. It’s a college of arts and music called Engelsholm Castle where he has been taking electronic music and songwriting courses the past year.

Ludvig writes and produces his own music and also do productions for others. He blogs about his musical processes and some of the mental states he has when being creative.

Besides doing ambient drones he does a lot of electronic pop and electronic rock as well. He most recently released a single on Soundcloud from a collaboration with the Italian singer Iris Lou who he is doing a vocal soundscape EP with. The track is called Estaciones.

Ludvig and the project can be heard, downloaded for free and followed at the following platforms: